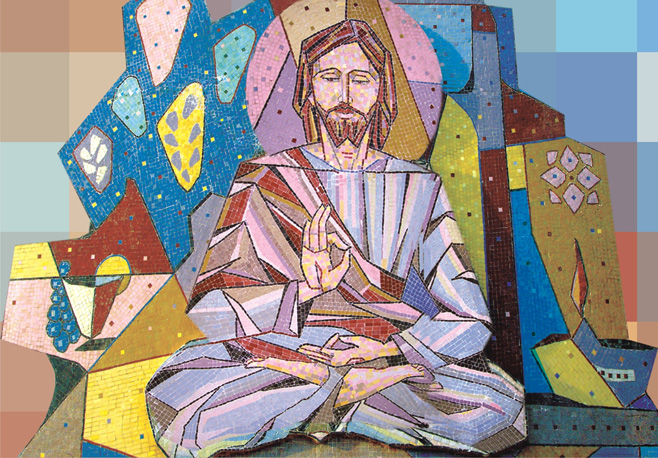 Composed of two Sanskrit words, Dharma (righteousness, duty, virtue) and Arama(garden), “Dharmaram” signifies the Sacred Heart of Jesus, the SanatanaSadguru(Eternal Master) of this Gurukulam (House of the Master). The foundation stone of Dharmaram College was blessed by Eugene Cardinal Tisserant, on December 08, 1953 and was laid by Archbishop Thomas Pothacamury of Bangalore.

Dharmaram College was formally inaugurated on February 23,1958 by Most Rev. John Robert Knox, the Papal Internuncio to India, although started functioning on June 01, 1957 itself.Dharmaram, true to her name, was from its inception giving special attention to Indian orientation in the academic, spiritual, liturgical, and cultural endeavours and promoted inculturation, dialogue, and ecumenism in the Church and in the country.

DVK has developed into a separate and independent campus for itself, exhibiting its grandeur and intellectual ambience.Thanks to the generous help of our well-wishers and benefactors such as MISSIO, the Archdiocese of Cologne, and others.The campus now houses the Administrative Centre, Theology Faculty, Philosophy Faculty, Postgraduate Centre, Adhyayana Hostel, and a well-equipped Central Library.